Being an Activist, Artist and Feminist landed me on TheWrap's Power Women Breakfast.  Sitting amongst some of our most influential women in entertainment, media, technology and finance renewed my belief in the our ability to come together to promote the change we wish to see in the world. The discussion spanned many of the trends in the constantly shifting media and technology landscape to giving our daughters permission early and often to use art, media and tech to change our world.

Today technology is acting as the great equalizer. We must teach and empower women to use it for progress.

I believe it can serve us as a powerful platform with global reach for our ideas, talents and inventions. Now it's important for us to #ActWithConviction  as change agents with a message of equality for all.

Read more about it at: http://www.thewrap.com/helen-mirren-calls-hollywood-ageism-f-cking-outrageous-at-wraps-1st-power-women-breakfast-in-nyc/

Instagram is holding a mystery press event. In advance of the the event, the company sent out physical Instagram images printed on canvas. Instagram co-founder and CEO Kevin Systrom will be in attendance, which means the announcement should be big.

"Messaging adds a third dimension to the app that lets people communicate using words and to do so privately, if you'd like. Sometimes you want to be able to share not with everyone, but just with a specific group,"

Help us #MakeTheStage at @InternetWeek

I love spring!  Not just because it symbolizes a re-birth each year, but because it's a run up to the best internet & mobile shows. First up, Internet Week which runs from May 14 to May 21.  I will be there from the opening party to the closing ceremonies.

We have a great topic this year: The Post-Digital Age.

As many of your know, over the years, I have demonstrated that all media is social with the right idea. Now it's time to discuss the greater ramifications of this to the brand world and the agency business.

Given that all customers are digital & social -- now the day of the Digital & Social AOR is quickly dying and all agencies are expected to be digital. From media planning to creative the game has completely changed new agency models are winning big business with Transmedia story telling and hard core business results. When the old ways begin to give way to something yet to be imagined, we have a choice. Live in the past or get down to the business of imaging the future. What will you do and how will you organize around your the brands you represent in this new post digital age??

I could use your help to #MakeTheStage at this years @InternetWeek. Vote thumbs up for The Post-Digital Age at http://shar.es/rbWQY

Then if your really a cool cat you will get others to vote too.  Help us spread the word by dropping a line (preferably this one: Help us #MakeTheStage at this years @InternetWeek. Vote thumbs up for The Post-Digital Age at http://shar.es/rbWQY ) to your subscribers, friends and followers to vote for The Post-Digital Age at http://shar.es/rbWQY on facebook, twitter, tumblr or what ever platform fits your fancy.

I look forward to seeing you all there - I'll be the one wearing sunglasses inside.

The Road Not Taken

Two roads diverged in a wood, and I,
I took the one less traveled by,
And that has made all the difference.

Robert Frost's The Road Not Taken was the inpiration behind my Making Ideas Work session.  What is the road you have taken?  While the tendency to generate ideas is rather natural, the path to making them happen is tumultous.  When was the last time you fought to create your ideas or work?

Have you taken a calcutaed risk lately?  Success comes from taking calculated risks and either achieving your goals or learning from setbacks. Risk-taking indicates that you have confidence in your ability to succeed but also accept the possibility of failure because mistakes are a fact of life. Even if you fail, risks can often be considered a “success” if you learn from the experience and resolve to do better the next time.

Coming up with an idea is not a risk -- actually making an idea it happen is. In the end, the only people who fail are those who do not try.  I challenge you to try!

I took the one less traveled by,
And that has made all the difference.

The Revolution Is Not Being Televised

Did you know that there is a revolution going on in the streets of America?  What started rally cry to 90,000 redeemers, rebels and radicals has turned into a thundering movement that is sweeping across the country. #OCCUPYWALLSTREET has morphed into a full-fledged peaceful movement.

In June, as our elected leaders played a game of chicken with our unstable economy by manufacturing a debt crisis that would lead to the downgrade of America’s credit rating, the anti-consumerism magazine Adbusters registered the domain occupywallstreet.org. While the majority of American’s watched in disgust as elected official left for summer vacations instead of solving the problems they were elected to fix, an independent affinity group registered occupywallst.org.  This is where the movement’s official site is now hosted.  Not long after the registration of the sites, Anonymous, a hacker activist group, encouraged it's members to flood into lower Manhattan, set up tents, kitchens, peaceful barricades and occupy Wall Street for a few months.

For those of you unfamiliar with Anonymous, they were involved in the protests in Tunisia and Egypt.  During the 2011 Egyptian revolution, Egyptian government web sites, along with the website of the ruling National Democratic Party, were hacked into and taken offline by Anonymous.  The sites remained offline until President Hosni Mubarak stepped down.  Anonymous also has ties to Wikileaks, further explaining the sighting of the Wikileaks truck at the protest sites.

One of the most consistent complaints from the protesters has been the lack of un-biased reporting of the real issues by the mainstream, corporate-owned press.  No one knows if Anonymous plans to hack any U.S. news organizations, but based on past activities, it seems its a real possibility.  Given the recent ridiculing and dismissive nature of Time Warner’s / CNN’s recent coverage by Erin Burnett or even interviews like the ones conducted by the Business Insider, I would not be surprised if Anonymous was already working on a plan.

Corporate-owned media outlets claim that the movement lacks a focus, however if you’ve have watched the content they have distributed or taken part in a rally you would hear three things:

The movement’s core message, which is often lost in AdBusters anti-consumerism message, is that 1% of the population has profited wildly from the last 20 years and the other 99% have seen zero.  Special interest money has corrupted our system.  That's not sustainable.  It's not fair.  And it's not the America that 99% of Americans want.  If this is a democracy, those numbers should matter.

The Art & Symbols Of The Movement 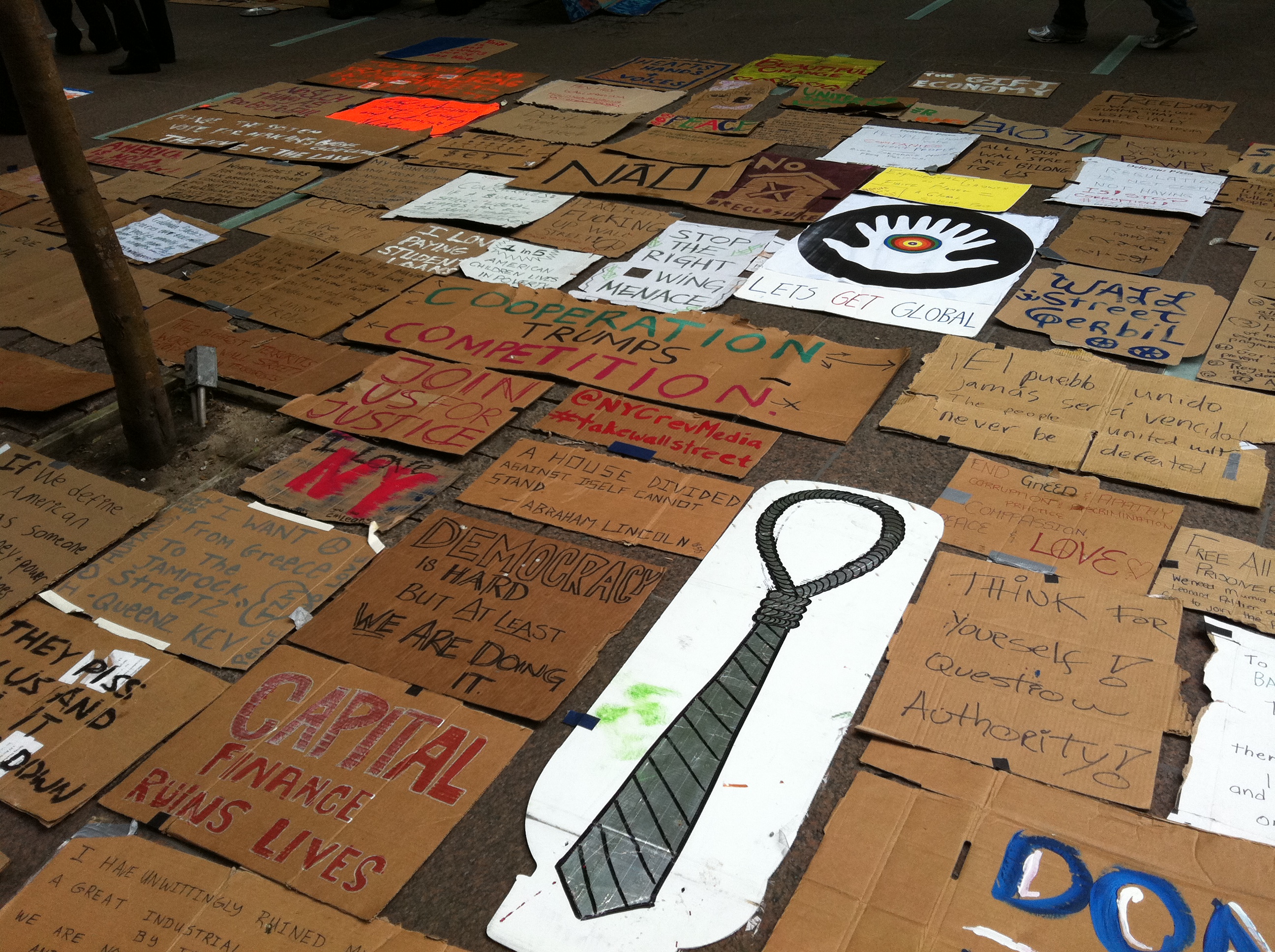 There is a ton of art that has begun to emerge and define the movement. You can visit http://www.occupytogether.org/downloadable-posters/ to view the latest in protest art.

You may have also seen images of protestors wearing Masks. Those are Guy Falkes masks. This is a disguise used by members of Anonymous to protect their identities and brand their activities. Guy Fawkes was part of a plot to overthrow the king of England in the early 1600s and his character was made popular in the comic book V for Vendetta. 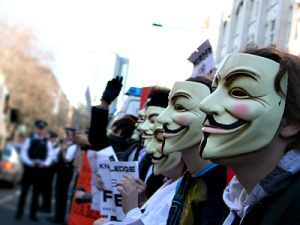 A Growing National Movement
As protesters and citizen journalists share their stories in Zuccotti Park (near Wall Street), Los Angeles, Washington D.C., Chicago and other cities across the country, we have recorded a groundswell of conversations and interactions taking place online. There are daily additions to the URLs who are covering and enabling this revolution.  You can visit http://www.occupytogether.org/ to get in on the local action in your area.

We are people of Substance.
We are supportive and sympathetic to the protesters.  They are showing enormous courage in the face of seemingly all-powerful institutions.  They are being arrested, maced and harassed without the protection of a free-press.  They are mocked, laughed at and even toasted with champagne from high-price balconies and yet they remain peaceful.

I encourage you to visit a few of the movement sites I have listed below. Judge the movement and its message for yourself.  You may find that you are part of The 99%.

Tomorrow parents from all over NYC are uniting and marching on NYC's City Hall to fight for funding for our public schools.

The event hastag is #NYCParentsUnite.

on: a new york snow story

Footage and edit created on the Nokia N8.

nine years later and the images of that day still evoke tears, the stories make you pause and the names of the victims read out loud on this day remind you of how fragile life is. Bing has always commemorated this day with stirring images on their home page. (see last year)  Today is no different.

Here are a few other digital images and destinations to remember today. 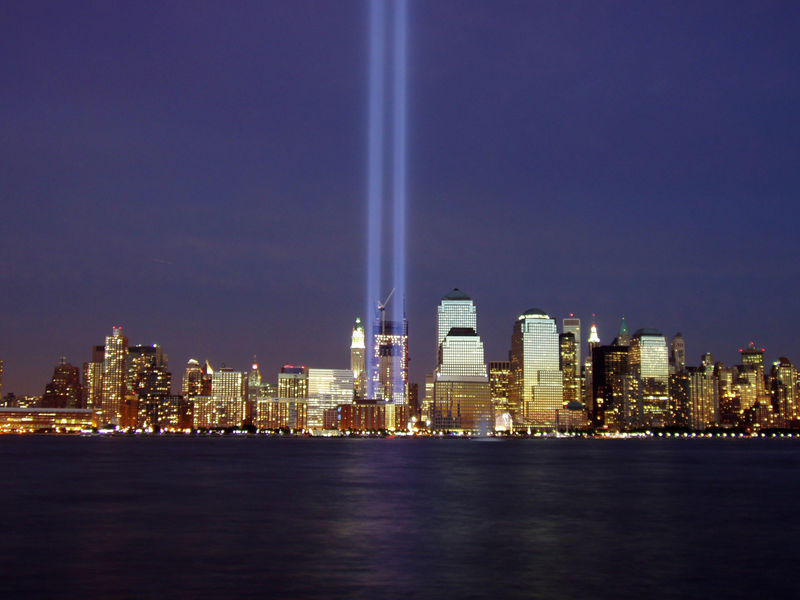 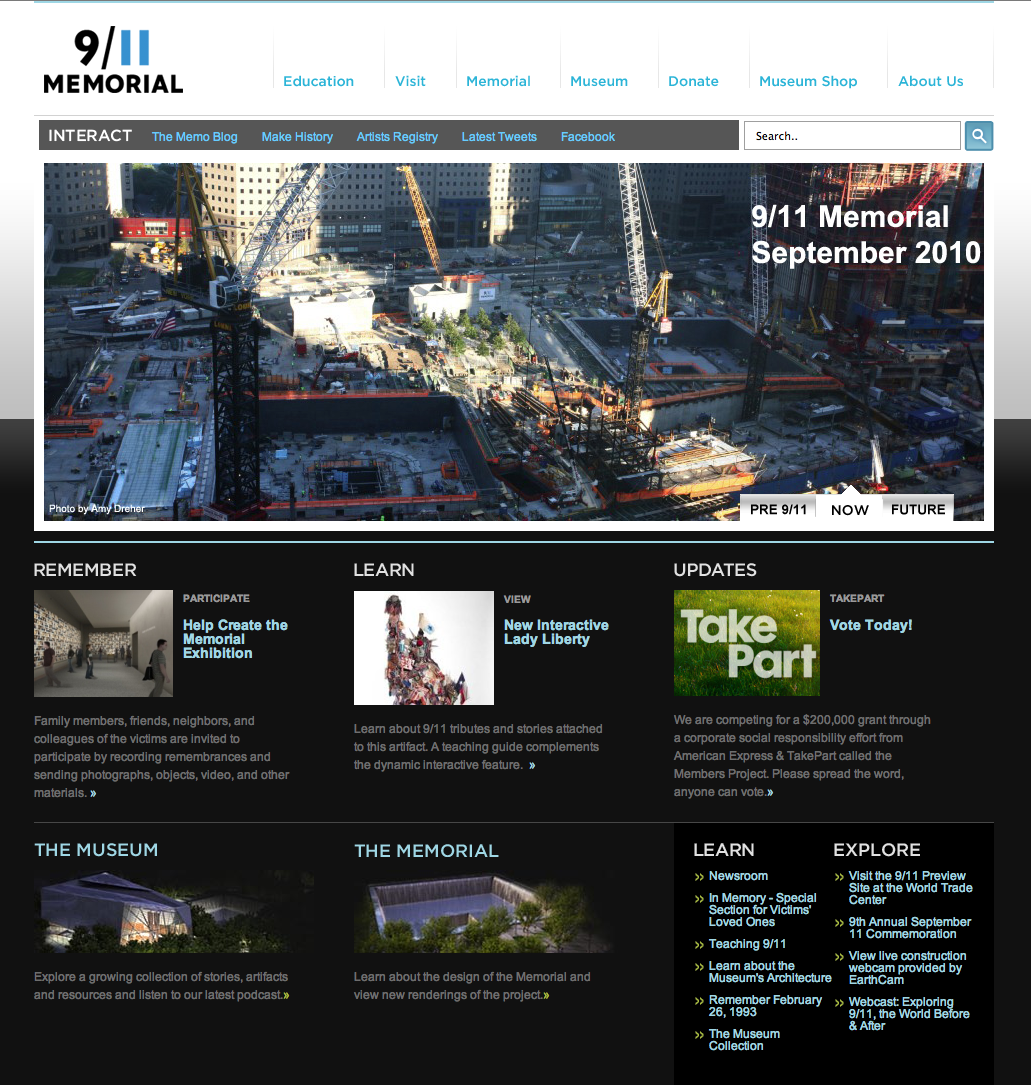 Visit the Memorial site at http://www.national911memorial.org