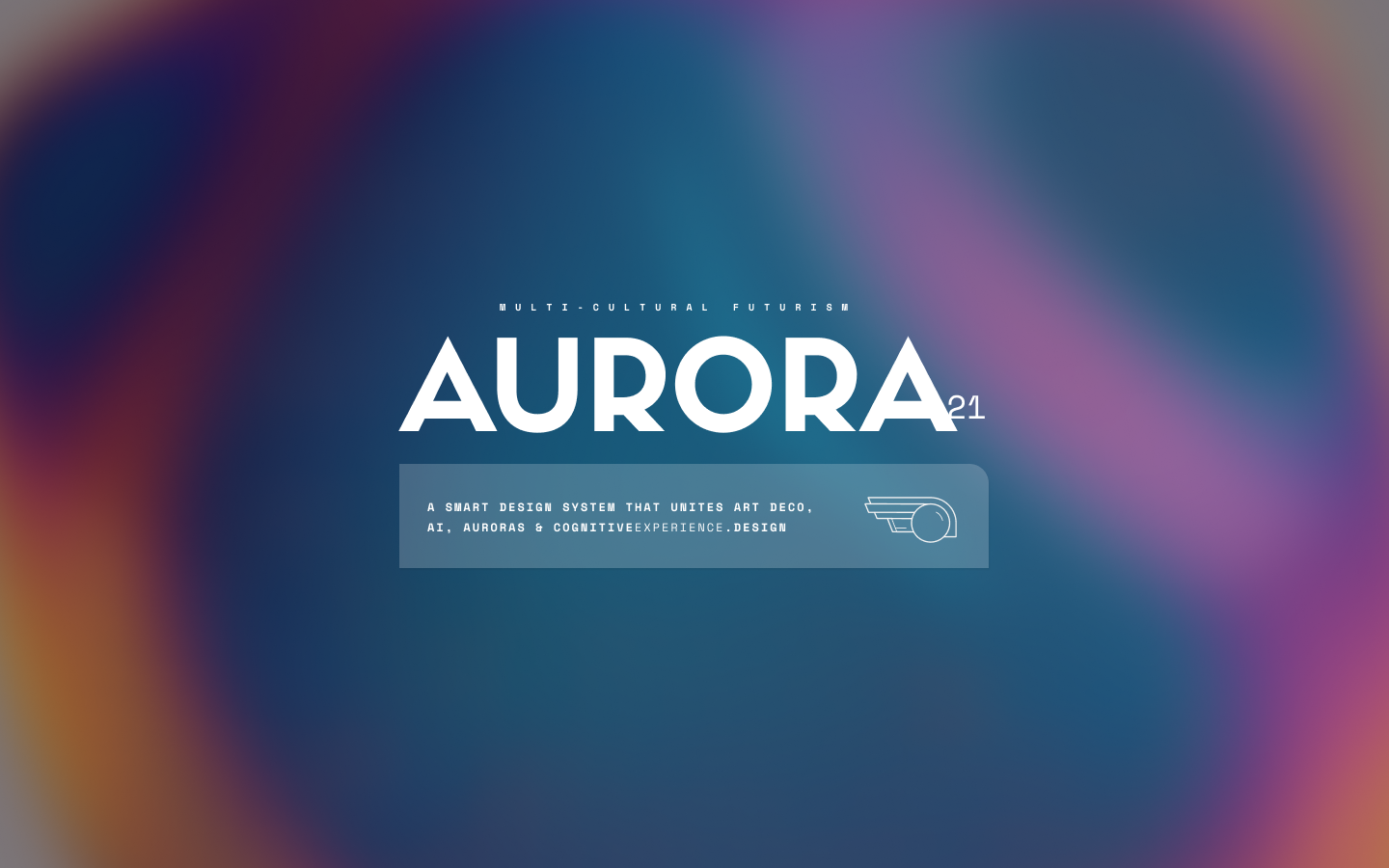 As a student of history, a believer in the eternal return and a collaborator in cultural movements, I believe that Aurora 21, the 21st century revival of Art Deco is emerging as a hopeful antidote to global uncertainty.

2020 shaped up to feel more like 1920. A century ago, we were emerging from a global pandemic that killed 500M people, the United States faced unprecedented droughts and dust storms, anti-immigration sentiment was high, white nationalism was on the rise and rapid technological advancement changed the world drastically in the span of a generation.  History doesn’t repeat itself, but it certainly rhymes.

Art Nouveau emerged in France just before World War I. As Art Nouveau evolved and crossed the Atlantic, it adopted audacious pre-Columbian, Aztec, and Mayan design that united Earth’s light forms and geometries to escalate the style in to Art Deco public works, art, skyscrapers and technologies like the car and consumer electronics of the time.

Art Deco practitioners embraced technological innovation, modern materials and mechanization in order to emphasize them in the style itself.  The style got its name from the 1925 International Exhibition of Modern, Decorative and Industrial Arts in Paris. Designers drew inspiration from influences including Bauhaus design, Cubism, Russian Constructivism and Italian Futurism.

From the arts to architecture, Art Deco was anchored in a bullish view of the future. It's early parametric design can be observed in the Rego Park Jewish Center – Queens, New York, the Civic Opera Building in Chicago, Illinois, The Union Terminal in Cincinnati, Ohio,  The U-Drop Inn on U.S. Highway 66 in Shamrock, Texas, The Paramount Theater in Oakland, California, The Hotel Breakwater in South Beach – Miami, Florida and in the monumental engineering feats of the Hoover Dam and Chrysler Building.

The hopeful 20th century zeitgeist of Art Deco converged with  jazz and the great surge in media, including radio, magazines and film, making it accessible around the world.

As I investigate, examine and explore how we design a destiny that works for 100% of humanity, the cultural and data signals are pointing us to an 2nd exquisite Art Deco age I am calling Aurora 21.

As I investigate, examine and explore how we design a destiny that works for 100% of humanity, the cultural and data signals are pointing us to an 2nd exquisite Ai powered Art Deco age. The pandemic gave way to a DIY change making movement that is fueling a 78.5% increase in small businesses based on life hacks and 3D printing micro manufacturing. According to Shutterstock’s Grace Fussell, searches for gold patterns up by +4,223%, and ‘20s retro up +189%, people are looking to ornate geometric patterns and vintage-inspired illustrations to add a dash of Jazz Age style to their designs. The convergence of reimagined parametric hope filled, green, Ai powered infrastructure like data centers, factories, cars, homes and appliances is colliding with a deep desire to extend the quality of life with bio hacking, human machine integration inventions that marry natural geometries with ornate wearable tech.

As the world reopens, the arts scene, is being marked by a reinvention of Jazz, by the likes of artists Yusef Days Trio, Tom Misch, Murial Grossman and Emma-Jean Thackray Walrus whose use of modern audio and fashion technologies can be felt in “untact”, hyper hygiene masked bacchanals.

In the United States, the early stages of the Great Reset are being shaped by design innovators drafting exquisite Ai powered public works with organic, auroral Art Nouveau interfaces, artful algorithmic alchemy, and generative design inventions. The visual, voice and gesture interfaces adorning internet of things devices are using peaceful odes to auroral displays of the northern lights blurred with skeuomorphism iconography which is a shift from the cold white-labled minimalism.

This Ai powered Art Deco Age is a true revival of craft culture and can be found in the industrial design of public works prototypes, new electric cars, the portfolio galleries of Dribbble and even the latest designs from Microsoft and Apple. What began in Windows Vista and then later in iOS7, has see a quiet evolution to the Mac Pro’s art deco computing power met with the Big Sur OS, blurred auroral frosted glass aesthetic and skeuomorphic art deco icons that serves as human interface powered by a smart M1 silicon chip.

The DesignedByUs.org Design Corps is working on a number of accessible, Ai powered exquisite art deco age inventions. Our open source ai powered design system being built has just been named Aurora 21. Aurora 21, is inspired by three converging forces, the majestic glassmorphism of the chariot of Aurora by artist & designer Jean Dupas’ (1882–1964), the magnetic pol phenomenas of the Aurora borealis & australis and the geometry found in parametric design. 21 represents our century, the year our ML models began learning and the year my great grandmother, Aurora turned 18.

I fundamentally believe that people will accept, adopt and use modern inventions powered by progressive ideas as long as they are rooted in traditional background. That is exactly what Art Deco 1.0 did: It took older, classical motifs and updated them in a radical way for a bigger audience. Art Deco endures, our Aurora 21 renascence continues to straddles the line between traditional art, modern design and technological advances.

Watch this space as we begin to unveil our Aurora 21 public works.